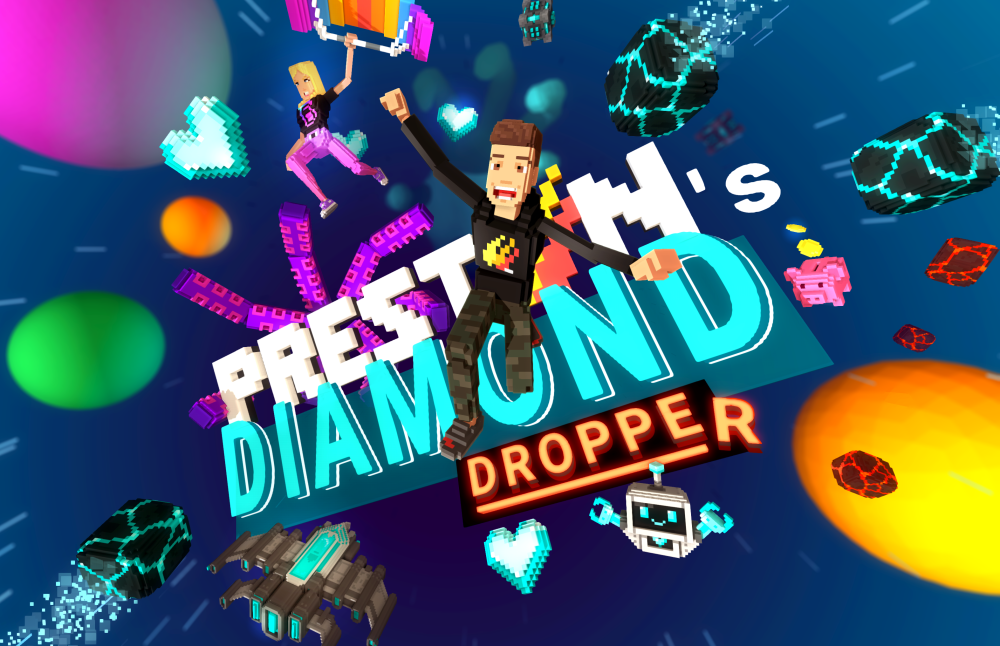 When Evil Diamond Preston attacks their house at midnight, Preston and Bri must flee, leading to a daring descent through a series of spectacular dropper levels. Hit dive to go faster, and deploy a parachute to catch updrafts and avoid turbines, sharks and lasers as you tumble deeper down the rabbit hole. Can you survive the fall, and defeat the boss? Play now to find out!

Preston’s Diamond Dropper is the latest collaboration between dot big bang and 300,000,000-view-a-month YouTuber Preston. With over four million views on streams of Preston’s Would You Rather, Ultimate Parkour Heist, and Diamond Dash, this latest game introduces brand new gameplay mechanics, and the most striking visual environments yet.

You can watch Preston’s launch stream here, follow his Fire Games profile on dot big bang for new game alerts, and play the game now for free at dotbigbang.com—hit the share button to invite friends to your game. GLHF!